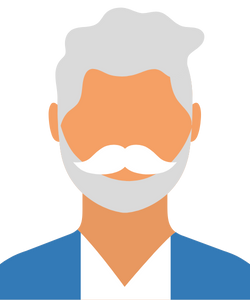 Medical insurance can be expensive, which means buying it is not always fun. But think about what you get when you buy medical insurance. You don't just get more affordable access to your doctor. You're also more likely to remain in good health as you age. You're far less likely to have to empty your wallet for a medical emergency, too. What it all comes down to it is this: medical insurance is a good idea, even if it costs a bit more than you'd like. Read more about medical insurance here on this blog. We have all sorts of insights to share.

Getting Medicare For The First Time? Don't Ignore Medigap Policies

If you sign up for traditional Medicare and not an Advantage plan, you have the option of getting a Medigap policy to pay for those things traditional Medicare won't pay for, such as co-pays. While Medigap is optional, it's not something you want to ignore. This is a very helpful policy that protects you financially.

Medigap policies are must-haves if you're on a fixed income. Even though you have a set value for a co-pay with Medicare, for example, the number of co-pays you have varies depending on how many times you have to seek medical treatment. Those can quickly overwhelm your budget. It's going to be much easier for you if you have a Medigap policy; even though you're adding another monthly bill to your budget, you're eliminating much of the financial uncertainty that can come with receiving medical attention.

With Standardized Plans, Cost Is the Only Change

Medigap policies in most states are standardized in a particular way. All of those standardized policies will offer essentially the same coverage, and your big choices will be which insurance company to sign up with and how big a premium you'll have to pay (which will depend on the insurance company you choose). There are a few states where Medigap plans are configured a bit differently, but even those are generally standardized within those state regulations. So, if you choose a standardized plan, you can trust that you're getting a specific level of coverage at a minimum no matter what plan you choose.